Protecting Your Car From Rust 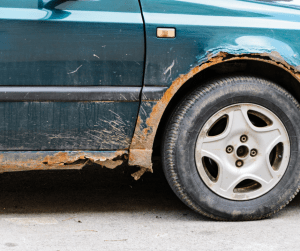 Our cars are exposed to many different dangers when left outdoors, whether it’s theft, crash, abuse or a more insidious risk, rust. Almost every vehicle will have rust on it at some point in its lifespan. So the question is, how does the typical car owner keep their vehicle from rusting? Follow these tips to help stave off the rust!

1. Regularly check your vehicle for rust or weakness in the protective coating. The best prevention is to be aware of early rust and corrosion signs that predict major problems.
2. Get a rust a preventative coating applied to your vehicle to prevent the formation of rust. Remember, it is much easier to prevent rust than to have to remove it. Many factors affect the rate of rust growth, such as exposure to salt or moist and salty air near oceans.
3. If you do find rust on your vehicle, it must be addressed immediately to stop any future growth and to deal with its effects. The most important step is to treat future potential rust and corrosion sites.

Maybe it’s too late for you to prevent the rust, how do you then correct rust?
Ideally, the best way to deal with rust is to replace the rusted metal with fresh metal, but the cost of new panels can make this method unrealistic. Slowing or stopping the spread of rust is the most realistic and economical option. In most situations, neither metal replacement nor rust conversion is the smart option. In most cases, applying a rust preventative coating is an easy choice. The coating is easy to use, and it slows and, in some cases, even stops the spread of existing rust. The prevention treatment will seal the surface of the affected area from additional exposure to air and moisture. Most importantly, this treatment adds VpCIs, which slow the formation of new rust and the spread of existing rust. The process is perfect for areas that will not be exposed to direct weather. 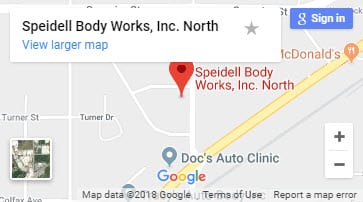 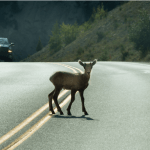 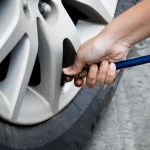